Inventing a Culture in an Age of Reform and Expansion 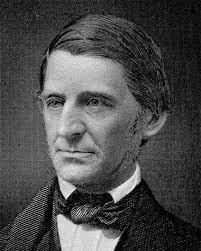 Emerson, portrayed above, strongly believed that American writers “needed to develop new literary forms and modes of expression in response to the democratic institutions, material realities, and social dynamics of life in the United States” (588). I agree with this statement, and believe that America has the diversity and uniqueness that it does today because people worked so hard to create new forms and modes of expressions long ago. Today, we continue to invent, discover, and uncover new information and forms.

At the time, one of the most popular forms of writing was the short story, then known as the sketch or tale, which was very appealing to readers in the United States, bringing out a new level of “originality and distinction” (591). I, myself, enjoy reading short stories very much and even took a college course on it two semesters ago. I believe that there is a lot of value in short stories and much to be learned from stories that can be read in one sitting.

Technology, Transportation, and the Growth of the Literary Marketplace:

In 1850, Melville expresses his national pride as he explains: “We are the pioneers of the world; the advance-guard sent in through the wilderness of untried things, to break a new path in the New World that is ours” (594). This quote portrays the optimistic view of many Americans during a time of economic growth and prosperity and major literary achievements and changes.

New technologies also encouraged Americans and boosted the self-confidence of the nation. With the introduction of machine-made paper, printing costs were reduced and greater percentages of the population could afford print material. The affordability of print material is crucial as it provided the opportunity for individuals to be involved, educated, and provided with the opportunity to express their voice. “Even as reading became an increasingly popular form of entertainment at home and during travel, it served as an important means of instruction and self-improvement outside the classroom, especially for groups whose educational opportunities were limited” (594). This expansion was tremendous as it encouraged many writers to pursue authorship careers, something that otherwise would have only remained a dream.

Aside from innovative literary forms, religion also was a major force in uniting and strengthening America. I found it interesting to read that during the first half of the 19th century, the majority of Americans could be placed under the umbrella of Protestants. Today in America, there are so many different religions that one would have difficulty determining an “umbrella” religion to contain the majority. Evangelicals found their place in America by publishing books and preaching to people in a language that the common individual could understand.

As to be expected in America, full of diversity of opinions, dissent developed in relation to Protestantism. People detested the “slaveholding religion of the land” and wanted change. In addition, immigration posed tremendous problems to the Protestant religion. The narrator explains: “The rising tide of immigration posed a different kind of challenge to the religious practices, social values, and national self-image shaped by the pervasive Protestant culture of the United States” (599). Many of these poor, Catholic immigrants faced terrible living and working conditions, creating tension between Catholics and Protestants. It is interesting to see how history repeats itself and how often, unfortunately, we do not learn from it. Today, there are still many discrepancies between religions; many, although of these issues are based around wealth.

Sectionalism and the Coming of the Civil War:

I was very surprised to read this section that discussed slavery. The narrator explains that if a runaway slave was caught, he or she could be subject to up to a one thousand dollar fine and six months’ imprisonment. One thousand dollars seems like a lot of money to me today, I can’t even imagine what it must have felt like so long ago. Issues over whether or not slavery would be allowed in certain states became a subject of heated debate. Reading about the history of our nation makes me feel very thankful for the life that I live today; I am thankful for all of those who fought to make America the country that holds the idea of freedom at such high importance.

The Era of Reform:

The American Renaissance was a time that revealed the tremendous “richness and range of literary achievement during the decades before the Civil War” (607). This time was also one of the most active periods of reform in American history. Reading this information in the first few sentences of this chapter made me excited to read on and eager to hear more about this active and exciting time period in history. Activists aimed to reform and change (for the better) all forms of American life including both religion and slavery. “Most activists were involved in a number of different causes, and the reformers were also united by several common assumptions and beliefs” (608). Temperance is an example of one of the issues addressed by reformers, one of the most popular issues at that. Below is an image of individuals supporting their beliefs concerning alcohol: 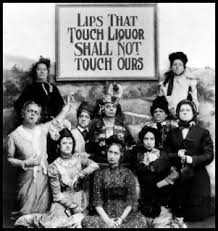 Although women’s rights issues were debated for a substantial period of time, by 1850, women’s rights and all other movements were overshadowed by the antislavery movement. While the antislavery took precedence over all over movements at the time, I find it interesting to think about the issues that we, as a nation, face today; the United States grapples with multiple serious issues each and every day. Despite this, I am glad that the issue as slavery was so dominantly focused on because it needed to be; there is no telling where we would be as a nation today without the efforts of those in the past who fought for justice. The narrator explains: “The fugitive slave literature is destined to be a powerful lever… We see in it the easy and infallible means of abolitionizing free Stats. Argument provokes argument, reason is met by sophistry. But narratives of slaves go right to the hearts of men” (614). The narrator depicts the importance of stories (narratives) or slaves to convey the seriousness of the issue to readers.

I really enjoyed reading the introductory information for the chapter as I feel that it helped to remind me of information that I have learned in the past, taught me lots of new information, and helped to better prepare me for the readings about specific individuals. Reading background history always make reading more specific information more clear!